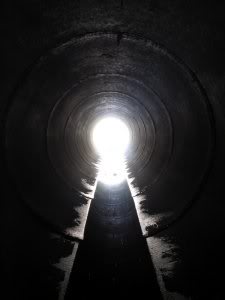 A friend shared this quote today from Mr. Einstein…”A human being is a part of the whole, called by us “Universe,” a part limited in time and space. He experiences himself, his thoughts and feelings as something separate from the rest—a kind of optical delusion of his consciousness. The striving to free oneself from this delusion is the one issue of true religion. Not to nourish it but to try to overcome it is the way to reach the attainable measure of peace of mind.”

We often refer to Mr. Einstein as brilliant, a genious, yet even more impressive was his level of wisdom.  This illustrated of course in this quote, but specifically for the purpose of this post,  “the universe, a part limited in time and space.”  Ah, limitation,  something I have been thinking a lot about lately.   A few weeks ago while sitting in meditation,  I became attached to a thought that arose (yes I know, the antithesis of meditation).  This thought struck a very deep chord withiin this very fickle mind of mine.  It produced an idea, a concept, of an observable description of, well, existence.  How conceited I thought, but its simplicity illicited further exploration, as I contemplated, “imagine if one could bridge the gap between science and God, the ramifications….would it lead to a more peaceful existence for the inhabitants of this earth, would the inhabitants even want to know?”

I have often spoke of the description I use when posed the question “What is God?”.  My thoughts on the entity referred to as God…., ” the absence of limitation.”  During this time of meditation, this thought came up, followed by a thought about Nirvana, Nibbana, (however you care to say it,)  which literally is the complete cessation of attachment….or without any limitation.  Of course, if these things are the essence of no limitation, then life, existence and all things contained in its illusion are the opposite, or limitation.

I thought back to the basic idea of the beginning of this illusion we call existance.  Science describes it as the “big bang.”  The formation of the universe, starting from the size of a pin hole so eloquently defined as singularity.  Of course, we can thank Mr. Einstein’s Theory of Relativity for expanding on this for us.   I then progressed to the concept of the black holes.  What are black holes?  The description I use is that they are formed at the point of collapse of a star, and take on the characteristics of …well…a drain, pulling all things that surround it, into its void.  I have read a little of Stephen Hawking’s ideas on Black Holes, originally he thought that all information that was taken into a black hole was lost to nothingness, but recently he has come to the “conclusion” that the information that goes into black holes, traverse into an alternate universe such as those discussed in quantum physics..(I promise this is as complicated as this post will get with respect to science references.)  He has also stated that black holes can form “within the individual”  as well.  Pretty heavy, eh?

Alright, so where am i going with all of this?  Remember my thoughts on limitation?  Well, first let go of all pre- concieved notions or ideas of existance.  Go beyond all concept of universe.  Now, draw a picture in your mind of an immense sphere of energy, (maybe what you would picture as the perverbial light at the end of the tunnel), spinning with an eternal flow.  Yes, my thought is that this sphere of pure energy is that which we perceive and label as “God” or “heaven”.

So, now picture in your mind, some form of limitation arising within the flow.  The limitation creates a blockage in an infinitely small area of this sphere of energy.  A pin hole, yes a singularity. 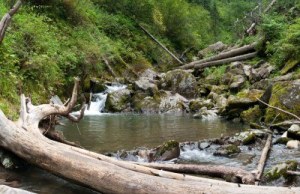 Now picture a river, a steadily flowing river.  Within this river, a large tree falls and creates a diverge in the river.  Initially the river continues on like normal.  Yet, through the years this diverge created by the tree, slowly increases in scope as the river’s flow of water drills at the blockage created by this tree, this “limitation” of the flow of water.  Eventually some level of tributary is created, that flows parallel along the main river. 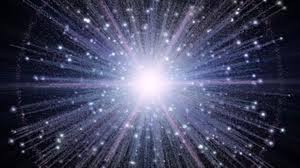 So, picture this new “universe of limitation” as it receives its constant flow of energy from the point where the “big bang” was initiated, the singularity.   The flow of energy defined by the initial limitation, creating the observed reality.  Considering the reality of our own universe, picture what we define as “black holes”, solar systems, and galaxies.  These would be the “voids” that connect the universe (tributary, small river)  to the “sphere of energy” (main river).

In the solar system, the sun, like a big plug, in the drain of the black hole. Once the sun can no longer sustain its viability or resist the pull back into the sphere of energy, it falls into the drain back into the sphere of energy (along with all that’s around it.).  That would kind of explain the cyclical nature of solar systems, or from whence the gravitational sequence is initiated.

Now, on a personal level.  As I have talked about before, what exactly defines life, as we experience it?  Really, it is broken down into two concepts, fear and desire, (or whatever description of the two you choose to hold onto.)  If you observe the true nature of reaction to experience, they are defined by either of these two…limitations.

The concept of reaching nirvana, is ultimately being able to observe this reality, moment to moment, and have complete objectivity…equinimity..to the experience.  In other words, the complete eradication of the fears and desires that define the individual. Hence, to train oneself to not react to the experience that elicits the feeling of fear…the feeling of desire.  Through this, you methodically let go of attachment to this illusion, by the observation that it is the fearful or desirable reaction that lay the framework for ones definable self. 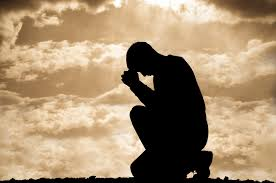 Now, with respect to God and heaven (i will reference christianity here, as this is my most familiar), although I am certain much of the magnificent wisdom that flowed from the mouth of Jesus has been lost to agenda and dogma, one thing has stuck through the years, certainly misused and misinterpreted, but one word, “FAITH”.   What does this word mean?  Ultimately, let go of your fears.  Let go of your desires.  Accept them, welcome them, observe them and then let them go.  Have faith that God will handle them for you, and then, you will enter the Kingdom of Heaven .  Back from whence, ultimately, we came…(minus all of those limitations.)

I think this describes the idea of a “black hole” within the individual.  Once all limitations are “let go” or the awareness of the illusion of “limitation” is observed and attachment to these things are let go, we go on the wild ride down the drain, into the

infinite…well…until the next limitation bubbles up in our little sphere of energy…and then..BANG….Wow….what a ride!!!

Is this a scientifically provable theory?  I have no idea,  for my proficiency in physics is limited.   What I do know is that ,it is an observable theory, for through the training, (or un-training) of the mind, one can experience the complete cessation of attachment.  The rest can be deduced from the idea of limitation, hence my reason for calling it the Theory of Limitation.  I guess I will have to talk to a physicist one day about the theory and see. (I must admit though, it would make for a great sci-fi film!)

If nothing else, use this as a guide, a motivation, to limit the limitations in your life.  For it can and will give you a glimpse of true peace…true happiness…and who knows….maybe we can somehow bridge that gap between science and spirituality….and maybe, just maybe…the world will live as one!!!

21 thoughts on “Theory of Limitation….the bridge between God and Science”